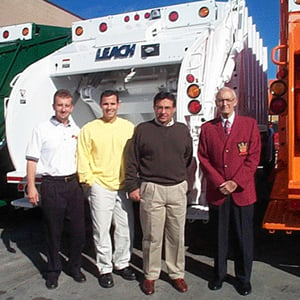 Bell Equipment was founded in 1951 by Dorman Bell as the exclusive dealer for Elgin Sweeper Company in the State of Michigan. Soon thereafter, Bell was appointed as the Leach Refuse Equipment dealer and quickly became recognized as the premier municipal and refuse equipment house in Michigan. A small shop was opened in the City of Detroit providing sales, service and parts support.

In 1965, Bell Equipment built a new facility in the City of Troy, Michigan, a suburb north of Detroit. At that time, Dorm’s son Jim joined the company. Jim quickly moved up in the service, parts and sales ranks and eventually became the company’s first Sales Manager.

Upon Dorm Bell’s retirement in 1979, Jim became President and Owner of Bell Equipment.  It should be noted that Dorm and Jim became the first father/son recipients of the Elgin/Leach George C. Dodge “Red Coat” award with Dorm receiving his in 1956 while Jim received his in 1983. Jim also was the first ever recipient of the prestigious Elgin Eagle Award in 1983.

Today, Bell Equipment employs over thirty five individuals between its two locations. Bell represents the finest manufacturers in the environmental and municipal equipment industry including Heil Environmental, Elgin Sweeper, Epoke, Envirosight, Trackless and Bonnell to name a few. Bell’s territories include the entire States of Michigan and Ohio for the majority of their lines.

We Distribute These High Quality Brands 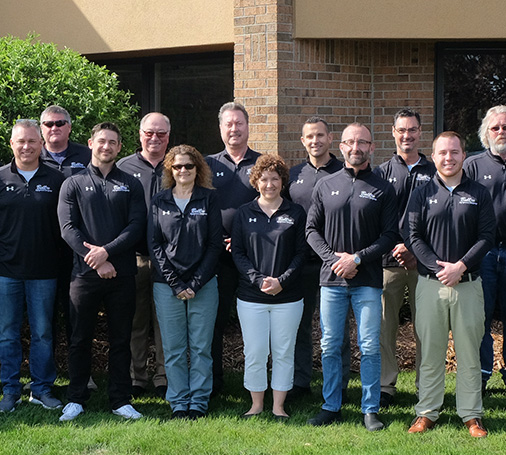