The Heil DuraPack Rapid Rail Heil DuraPack Rapid Railside load garbage truck is a versatile machine, ideal for commercial, residential, and multi-family refuse routes. Designed for power and efficiency, the DuraPack does its job in the tightest spots and can lift some of the heaviest waste containers, quickly and easily proving it is a worthwhile investment in efficiency and cost savings.

The Double Efficiency of the DuraPack Rapid Rail

The Heil DuraPack Rapid Rail side load garbage truck is a unique model that combines two supremely effective components in one machine:

Features of the DuraPack Rapid Rail Side Load Garbage Truck

Speed and power are hallmarks of the Dura Pack Rapid Rail, with its 8-second cycle time, virtually zero kickout on the side arm, high-compaction side load body, and handling of 30- to 400-gallon waste containers. This machine, however, does even more:

Efficiency and versatility are two of the biggest deliverables of the Heil DuraPack Rapid Rail. When you need a side loader that can service multiple areas of varying sizes and you want to keep a reduced team but increase productivity, this Heil model is the smart choice.

With operator-friendly features and intuitive control, the Heil DuraPack Rapid Rail makes for easy controlling on every route. Get more information about all Heil models from Bell Equipment, trusted dealer of Heil machines in Michigan and Ohio. Contact us to discuss the side loaders that are right for your fleet.

Our Promise To You

Every piece of equipment comes standard with product training from the true experts in the industry, covering proper operation, safety, and maintenance.

We aren’t big on making promises, but when it comes to parts support, we promise to be there when you need us. We have several locations in the Midwest that carry the parts you need for your equipment. If you need on-site parts support, just contact us.

Service support is our number one priority. Our service centers feature factory-trained technicians, detailed maintenance plans, and fast turnaround times. From the moment of purchase until the very last run, our team is available with service support.

Your equipment will last a long time, and we look forward to being with you every step of the way. Questions? We can help. Troubleshooting? That’s our specialty. Lean on our team when your team needs a hand.

Consider Used for Your Next Purchase

Did you know that Bell Equipment offers used equipment for sale? Every piece of used equipment comes with a refurbishment and inspection report, product training specialists, service support, and a conditional warranty. 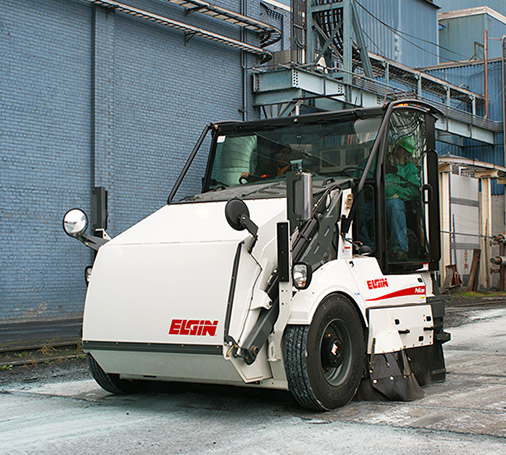